Book I defined key as the musical environment which centers around an important note and/or chord (referred to as the “home note” or “home chord”).  In Shearer Method Classic Guitar Developments, it is referred to as the tonic.  Recall also that the key of musical piece is further defined by a key signature, a collection of sharps or flats placed next to the clef at the start of each staff.  Also recall that a signature of no sharps or flats is C major.

Each of the seven steps of a scale is called a degree and is indicated by a Roman numeral.  The tonic, the first degree (I), names the scale, sounding strong and restful.    Thus, a scale beginning and ending on C with a key signature of no sharps or flats is called a C-major scale:

Simple melodies are written in keys, made of notes from a scale, and often begin and end with the tonic.  For example, Twinkle, Twinkle made from the C-major scale, is in the key of C major.  Listen to the melody and notice the sense of rest when returning to the tonic in the last measure.

A key is also defined by its harmonies—that is, chords that naturally occur within it.  Chords built from notes of a given scale will sound natural to its key.  For example, consider the chords in the key of C major below.  Notice that a chord (triad) is built on each of the seven scale degrees and is made of a root, 3rd, and 5th.

On the guitar these seven different chords may be strummed on six strings simply as:

Strumming chords on each scale degree

In the key of C major, the strongest and most restful of chords is the tonic (I)—C major chord.  Strumming a C-major chord while singing the last note in Twinkle, Twinkle gives harmonic finality to the ending:

It’s important to point out, that other harmonies in the key of C major, such as A minor and F major, also contain the tonic note, but not as the root.

It’s possible to substitute them at ending of Twinkle Twinkle which sounds harmonized but not final.  Listen to the effect:

A minor as final chord

The book’s 36 musical examples marked with

have been recorded and may be listened to here, organized by Unit.

By contrast, keys also include tones and chords which sound active and unresolved.  For example, listen to the scales below:

This second example sounds stronger because B (VII) leads back to tonic C.  For this reason, VII is referred to as the leading tone.

Half Step and Whole Steps

One of the reasons the leading tone sounds active because of its close position to the tonic—the distance of one fret or a half step away.   There is also a half step, between degrees III and IV of a major scale—another point of tension and rest.     All other steps are whole steps, which are two frets, (and in a natural-note scale—a string change) apart.  These sound less active.

It’s important to understand that in order for a scale to sound major, it must follow a specific order of half and whole steps.  This is shown as follows:

Not surprisingly, chords that include the leading tone, sound active and need to be resolved.   One such example is the G chord which includes the leading tone as its 3rd:

On the guitar, the 6-string G chord may be played as: 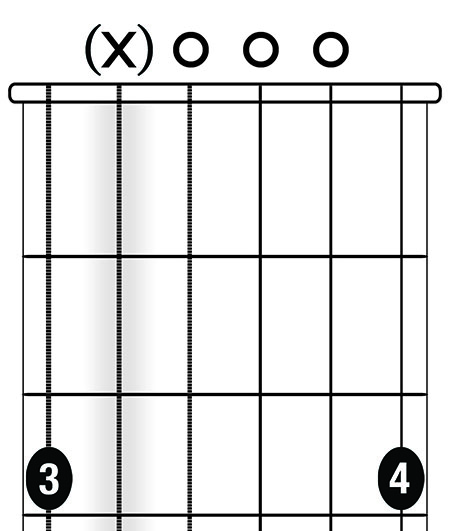 The G chord, built on the 5th degree of the C-major scale, is referred to as the V chord, or dominant.

Its leading tone activity, resolving to the tonic is clearly seen:

The leading-tone “pull” can be heard when strumming the V to I while singing ti to do in the following scale:

V to I (leading-tone pull)

Adding a 7th (F) to the dominant (G7) creates even more activity.

On the guitar, the 6-string G7 chord may be played as: 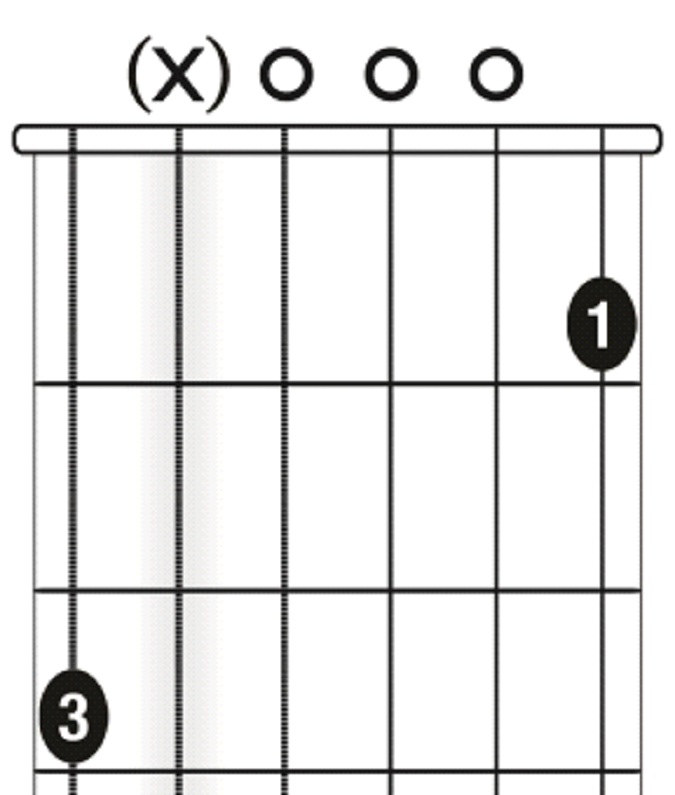 As it relates to the key, G7 is called a dominant seventh or V7.

Recall that F is a half step from E.   Adding this to the V chord adds another aspect of harmonic activity when resolving to I—the seventh F, resolves to E .  Thus the progression now includes two half-step activities.

Listen to the activity and rest from V7 to I: