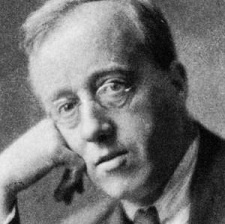 This hymn by composer Gustav Holst (1874 – 1934) is also referred to as the Thaxted tune named after the English village of Thaxted where he lived most of his life.   The well-known melody is also found in Holst’s most famous orchestral work, The Planets, a seven-movement suite with each movement named after one of the planets.  All planets known (except Earth) at the time were represented.   A slow stately and noble theme, O Merciful Redeemer appears in the middle of the Jupiter movement.