Three Tools for a Successful Performance 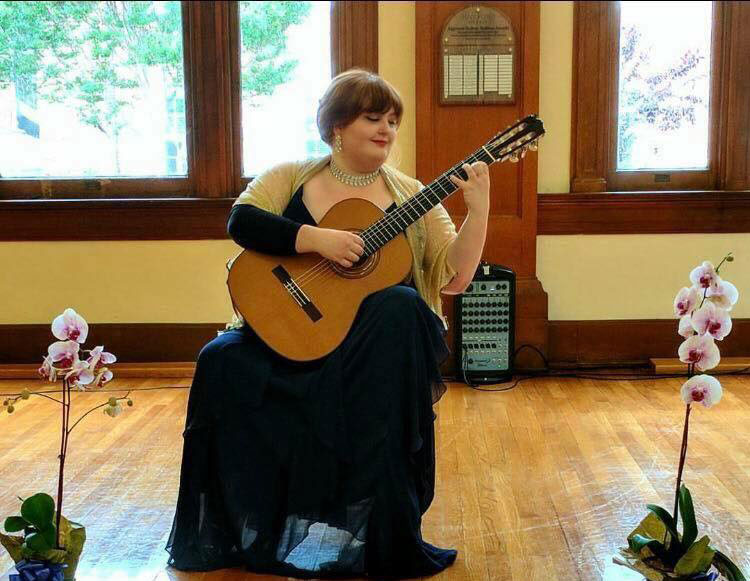 While the art of being on stage as a guitarist can be a mystery, there are clear ways to ensure success when approaching performing.  When it comes to performance skills, we sometimes think one is either magically born with the ability to do it, or not. How many of us just expect that we should be able to get on stage and succeed if we’ve worked hard enough on our piece? It is true that some folks are more prone to succeed in their performance due to their personality or experiences, but most of us have the potential to overcome negative habits that are detrimental to a successful performance experience. Let’s explore three tools that can assist us in becoming better performers.

We practice our technique and pieces for hours a day, but we don’t give our performance the same attention. Performance Development class is used specifically for practicing and developing performance skills.  Anyone can create this kind of experience for himself/herself in order to consistently work toward learning how to perform. In a positive Performance Development environment, the player can take time to figure out who they are and what kind of tools can work for them. I think of this kind of practice like a lab that compliments our study behind closed doors.  Performance Development class is a space where we can explore and experiment with our performance habits in order to figure out how to become more successful on stage. These are a few examples of experiments one can investigate during this type of class or environment:

Guitarists should always have a goal in mind when practicing performing. Having a purpose helps focus the work of understanding outcomes. Also, things like knowing one’s way around the physical space and planning how to command the stage will produce more comfort and confidence. For example, how one walks on and off the stage or bows are small things that once mastered will allow more freedom and security for the player. Every player has to find his/her routine when navigating the stage space.

Having the opportunity to analyze what happens to us physically when we perform is also a vital aspect of Performance Development. Everyone responds differently to the excitement that comes from sharing music in a public space. But physical responses can be managed with time and care. Proper study habits are a major factor and will affect how we feel when we walk onto the stage.

Being the center of attention is sometimes a complex situation to navigate. The results of being the center of focus can be difficult to deal with and/or exhilarating.  Finding ways to focus our energy away from people looking at us is imperative for success on stage. While we do want the audience to be comfortable with the way we appear on stage, the real focus should be the music. Giving the mind something productive to think about will assist the player in making the music the priority. A focused mind is a still and productive mind. Concentrating your mental energies on something that supports your performance is a great way to attain success. Tools like Visualization and Aim Directed Movement can assist in yielding greater mental control while performing.

The other dangerous path is allowing negative messages to creep into one’s psyche while playing. This is a form of self-sabotage and will certainly result in a lack of confidence. If a player walks out onto stage knowing he/she has prepared the best they can, there should be no room for negative internal rhetoric.

The first rule of proper study habits is making sure you’ve chosen a piece that is appropriate to your level and ability. What you can play well in the practice room might not feel the same in the context of performing. So choosing a piece that allows a little reserve isn’t a bad idea. How one approaches the learning of a piece will ultimately determine how well the piece is performed. Thoroughness and careful attention to detail is key to creating security, which in the end builds confidence. Poor memorization is one of the greatest pitfalls in a having a successful performance. Memory slips are due to improper memorization habits and reliance on muscle memory. Knowing what is on the page and what the hands are doing can help players avoid the disaster of losing their place in the middle of a performance.

Being ill prepared leads to a lack of confidence and security and inhibits the ability to express musical intentions. Doing your best to prepare proactively and having a positive attitude will enable a healthy state of mind.

Learning to perform a piece well means being committed to the journey. Competition winners play the same pieces for years. Famous performers have their “go to” pieces they’ve played over and over again. Sitting with a piece for a long period of time is a valuable asset for a successful performance. Have realistic expectations and an open mind. If you expect for things to go poorly, they probably will. There’s no such thing as perfection, but careful study, good choices, and practice can produce the positive results we’re all looking for.  Ben Verdery says “Think of your performance as a joyous event…” Aaron Shearer described the act of performing as sharing music.  As we know, music alleviates suffering, so we are giving a gift when we play for others. And keep a sense of humor. Classical guitarists sometimes take themselves a little too seriously and tend toward intensity rather than levity. Consider yourself fortunate to be able to share music. Performing can be a fulfilling aspect of playing the guitar, and is the reason why most of us play in the first place.